I sometimes reflect that life can at times feel a bit like being a passenger on a train: we are aware of the scenery rushing past on either side, the familiar senses and sounds of the clicking of the tracks and the swaying of the carriage. We perhaps have a good sense of where we are because out of the window we see the places and landmarks we pass, but often lack a front-facing view of the way ahead towards our destination.

Our mission is to be God’s hands and feet, to raise them up and to stand with them as Christians.

At Christians Care International we are working to help Jewish people in need – this is where God has led us. Serving these people in accordance with Isaiah 49:22 has to be an end in itself which keeps us in step with God’s own compassion for them. When a child is suffering, or an elderly person is lonely, this is not what God wants for them. I know, personally, that a short encounter with people in such desperate need is like a splash of cold water and a reminder that God calls us to intervene and to find the best ways in which to help them. The same goes for when we identify a Jewish person who is desperate to make aliyah to Israel, either because they see a brighter future in Israel, or no possibility of one where they presently live in the FSU. Our mission is to be God’s hands and feet, to raise them up and to stand with them as Christians.

The nature of our call and work requires that our focus is predominantly on immediate needs: a bit like looking out of ‘side windows’. There is nothing wrong with that. It’s even intrinsic to an Isaiah 49:22 focus upon individual Jewish people, but that equally means it is doubly important for us to regularly consider our forward direction. If our mission is standing with Israel and the Jewish people, what is the ultimate purpose of doing so and are we, in fact, directed towards it?

CCI’s BIG picture is that all people, everywhere – Jew and Gentile alike, might be able to receive the gift of living as a forgiven and redeemed child of God for all eternity, ever changing from glory into glory as part of a renewed and restored creation. That’s the final destination.

Yet to all who did receive him [Jesus Christ], to those who believed in his name, he gave the right to become children of God—children born not of natural descent, nor of human decision or a husband’s will, but born of God. (John 1:12-13)

This doesn’t equate to calling oneself a ‘Christian’ or joining an institution called ‘the church’. It means simply being God’s people, although, “yes”, from a Christian perspective this can only mean ultimately, sooner or later, explicitly or implicitly, knowingly or unknowingly, faith in Jesus Christ becoming central to our identity and, “no”, not everyone will do this (contra universalism).

We need – and this is the key – to partner with the Jewish people in order to achieve this purpose.

However, God called and chose the Jewish people to be His people, a light to the nations so that all can receive God and share in Israel’s inheritance. The coming of Christ not only endorses but enhances that call and purpose. In other words, if the Word of God and knowledge of Messiah is to be spread across the world, Christians cannot make this happen on our own. We have to operate in conjunction with the mission and promises which God entrusted to Israel, rather than attempt to circumvent it or go it alone. A restored Jewish home – Israel – for example, is integral to that mission.

We need – and this is the key – to partner with the Jewish people in order to achieve this purpose. We are going to need their insight, their guidance and their witness, just as they will also need ours. Israel and the Church are inextricably bound together through Christ and our partnership has to begin without belittling, but also notwithstanding, the (humanly speaking) irreconcilable divide between Christians and Jews over the identity of Messiah.

God is already moving in our world. From within comfortable Western society, it is easy for us to miss entirely that He is bringing many people from nations all over the world to faith in Him. Looking forward, Christians and Jews have a shared destination in Messiah and in God, a common task in communicating the Good News of redemption to the world, and a common vested interest in a restored physical State of Israel from which the Word of the Lord can go out. Christian faith in Jesus commits us to His people, and the important task of breaking down the centuries-old barriers between us, one brick at a time.

At CCI, we are doing just that: chipping away at the barrier by equipping Israel and Jewish people for life, and also for this vital, God-given common task ahead. We are bringing Israel’s sons in our arms and daughters on our shoulders because God loves them, we love them, and it is painful to see so many suffering as they do, but we are also raising them up to be ready. We all have a part to play on our way to the final destination.

Excited yet? Good. It has begun. 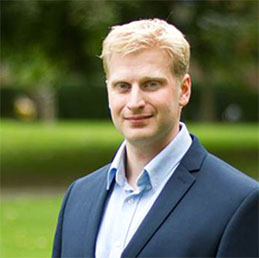